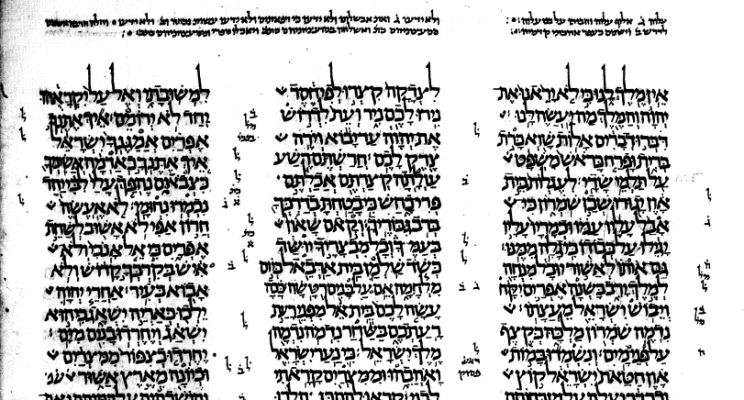 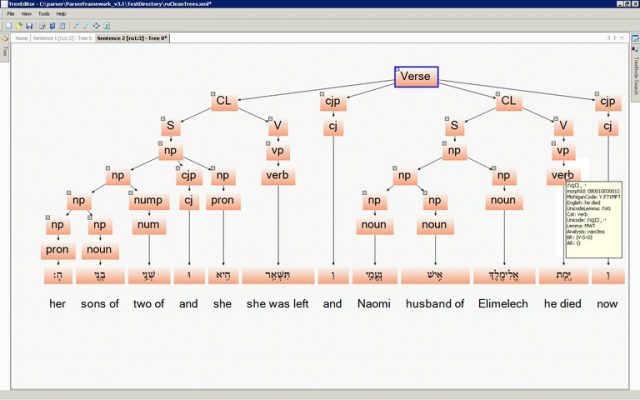 [UPDATE] The Groves Center will be at the Society of Biblical Literature Nov. 2019
The GC’s Acting Executive Director Dr. Donald Price, Senior Research Fellow Dr. Stephen Coleman, and Research Fellow Mr. Stephen Salisbury will all be attending the annual meeting of the Society of Biblical Literature (SBL) in San Diego, California, in November 2019.  Dr. Price and Mr. Salisbury will be co-presenting a lecture to discuss how the Groves Center databases will be released under a Creative Commons Attribution-NonCommercial-NoDerivatives International 4.0 License.

The Job fascicle of Biblia Hebraica Quinta (BHQ) delayed again and again …
The next fascicle (part of a larger book) of the scholarly Hebrew Bible (Biblia Hebraica Quinta or BHQ), namely Job, has been delayed multiple times.  Some sources now state it will come out in October 2019 another says Job will debut in 2020.  Leviticus and Ezekiel are the next two volumes expected in the coming years.

The Groves Center Web Site is Back!
July 10, 2017 – Two and a half months after hard drive failures, the Groves Center web site is back.  UPDATE: The initial content was from a snapshot from 3-4 years ago, but as of late August, we have brought the content back up to date.
More Delays in Projected Publication Dates for Upcoming Fascicles of BHQ
The “fascicle” (or partial book) for Genesis in the scholarly project Biblia Hebraica Quinta was released in February 2016 in Europe.  The estimate for the release date of Leviticus is now 2017 (or more likely 2018).  The Job fascicle is now expected to be published in late 2017 or early 2018.
Benefits of Color Images of the Leningrad Codex
Our recent access to color images of the Leningrad Codex, as opposed to the black-and-white images available for years, will allow us to determine a more accurate reading in a few places in the Leningrad Codex. We have already found at least two occurrences where what is clearly a pink or red imperfection in the codex material was misread as an ink dot when viewed in the black-and-white printed facsimile of the Leningrad Codex.
Color Images of the Leningrad Codex (not just Black and White)
Both Accordance and BibleWorks, two major Bible software vendors who offer the Westminster Hebrew Morphology database, now have color images of the Leningrad Codex, the 1,000+ year old manuscript that is the basis for the Westminster Leningrad Codex, as well as for the standard scholarly Hebrew Bibles (Biblia Hebraica Stuttgartensia and the under-development Biblia Hebraica Quinta).
More Fascicles of BHQ Scheduled for 2016 and 2017
The German Bible Society’s web page shows a schedule for the upcoming fascicles of Genesis (2016) (released), Job, Leviticus, and Ezekiel.
Latest Westminster Leningrad Codex (WLC) Is Available on the Web
The Westminster Leningrad Codex, the Groves Center’s electronic representation of the world’s oldest complete Hebrew Bible, may be viewed in well-formed Hebrew in Unicode(R) on an external web site: https://www.tanach.us
New Book: “Biblia Hebraica Stuttgartensia: A Reader’s Edition” Published (Dec. 2014)
Hendrickson’s Publishers and the German Bible Society have released “Biblia Hebraica Stuttgartensia: A Reader’s Edition”.  This Hebrew Bible with has footnotes for all of the infrequently occurring words in the text and provides English glosses and parsing information for those rare words.
Westminster Hebrew Morphology (WHM) 4.20 / Westminster Leningrad Codex (WLC) 4.20 Released (Jan. 2016)
In late January 2016 the Groves Center released version 4.20 of both the Westminster Leningrad Codex (WLC) and the Westminster Hebrew Morphology (WHM or “MORPH”).
A New Fascicle of Biblia Hebraica Quinta To Be Published
Recently the web site of Hendrickson’s Publishers showed plans to release in June 2016 another fascicle of Biblia Hebraica Quinta (BHQ), the book of Genesis edited by Abraham Tal.  [UPDATE: This fascicle actually became available in February 2016.]
Mr. Stephen Salisbury Appointed Executive Director of the Groves Center
On January 2, 2016, the board of the Groves Center appointed Mr. Stephen Salisbury as Executive Director of the G.C. in addition to his role as Research Fellow.  This follows the November 2015 retirement of the G.C.’s President and Senior Research Fellow Kirk E. Lowery, Ph.D.
Extensive Index to “The Dictionary of Classical Hebrew” (Volume IX) Announced
A ninth volume of “The Dictionary of Classical Hebrew”, edited by David J. A. Clines, has been announced.  This new volume is an extensive index to the existing eight volumes.
Dr. Kirk E. Lowery Retires as GC President and Senior Research Fellow
The Groves Center’s President and Senior Research Fellow, Kirk E. Lowery, Ph.D., retired from the Groves Center as of November 1st, 2015.  The board of the Groves Center wishes to publicly thank Prof. Lowery for his 17 years of service to the Groves Center.
The Westminster Hebrew Morphology in the 21st Century
In summer 2015, the Groves Center began work on extending the Westminster Hebrew Morphology from a flat database to a richer and more powerful format, that of Extensible Mark-up Language or “XML.”
DCH (“The Dictionary of Classical Hebrew”) Proves Valuable to Our Morphology Work
The eight-volume reference work “The Dictionary of Classical Hebrew”,edited by David J. A. Clines and published by Sheffield Academic Press Ltd. in Sheffield, England, was completed in 2011.  Its articles include occurrences of the word being defined with prepositions, in construct chains, and in apposition with other nouns, all of which can be helpful to us in improving the parsing information in the Westminster Hebrew Morphology.